The Story of Suicide Girl 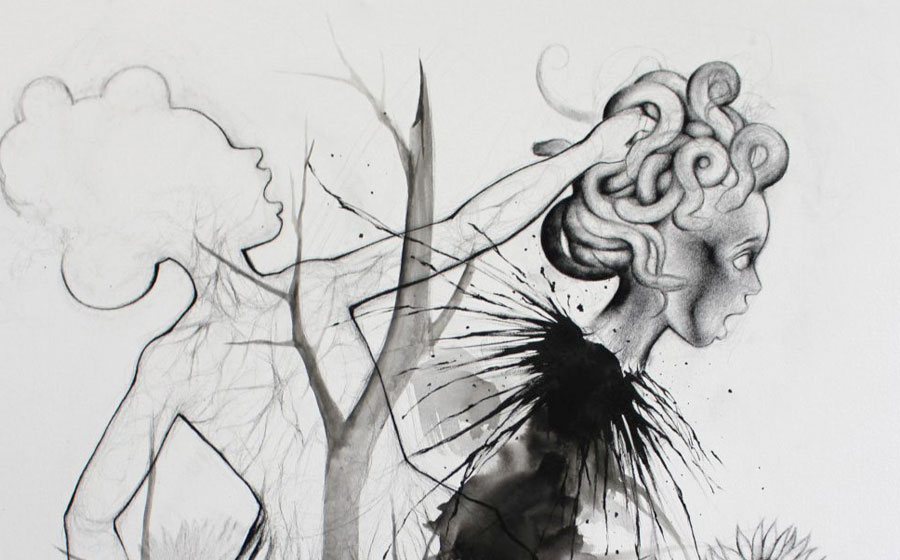 This work addresses the issue of suicide—both in the literal sense, and in the more conceptual sense—of black girls. Here, the main subject is a black girl who appears in two instances—first as a figure who has just decapitated a girl, and second as the face of the decapitated girl. The two subjects are one in the same. Here, I recall the the story of Perseus and Medusa from Greek Mythology, in which Perseus, the hero, sets out on an expedition to execute the gorgon named Medusa, a monster who bears a crown of live venomous snakes on her head, and whose appearance turns any onlooker into stone. I was interested in the hero/monster concept, as I contemplated the problem of suicide. In this case, the black girl, who sees herself as the gorgon—the monster—performs the only heroic act she can think of—her own death, by decapitation. In committing suicide, the black girl assumes both the position of heroine and monster.