The Catatonia Anthologies is the first “chapter” of a larger pictorial songbook that I am developing. These works analyze the African body within the conceptual realms of seclusion, sleep, stasis/ catatonic states, and dreamscapes. I incorporate natural animalian phenomena—a flock of sparrows, a swarm of cicadas, or even a shoal of fish—as the signature of the Dreamscape, and also as symbols of the main subject’s time-space confusion. These phenomena also become the viewer’s point of departure from our reality to the surreal persistence of Black subjectivity within the folds of the Dreamscape. While much of the narrative in this series is revealed within the parameters of dreams, the conversations offered are multilayered, historical, and interrogate the nuances in Black identity, and the resultant consequences that are reified in our conscious reality. This series is a conversation between two seemingly alternate realities of African history. 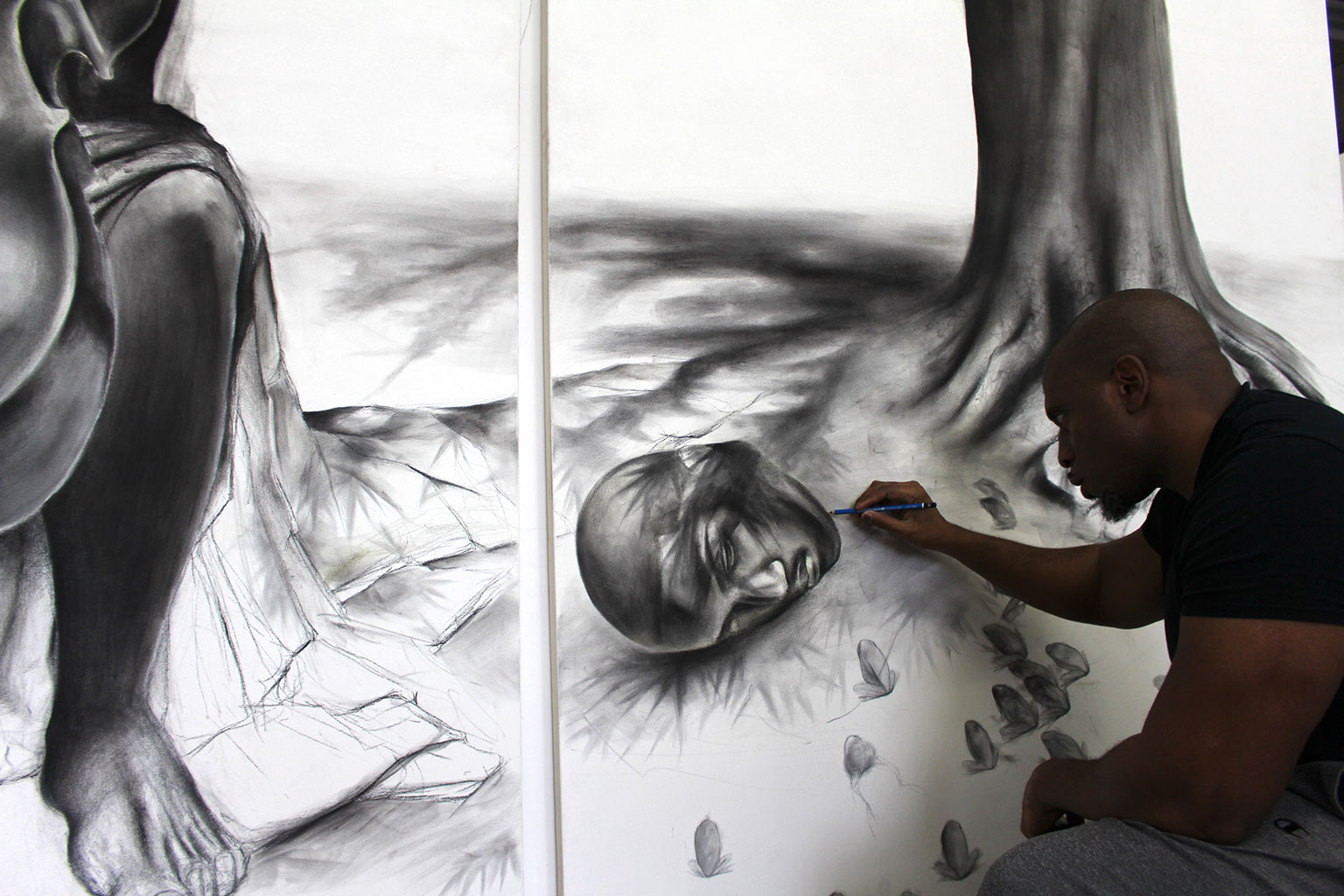 Harvest is presently a work in progress. It addresses three American lynchings: the lynchings of Jesse Washington (tortured and burned to death in Texas, 1916), James Byrd (dragged to death—to the point of decapitation in Texas, 1998), and the mysterious death (most likely a lynching) of Frederick Jermaine Carter, found hanging from a tree in Mississippi (2010). These three horrific incidents, I bring together to have a conversation about the foundation of spectacle violence on which America was built and continues to thrive. Harvest is a conversation about what the American society has sown (violence toward black and brown people) and what it is presently reaping (a seemingly inexplicable culture of violence)—the atrocities that American History has attempted to bury—but the ground is only so deep—or erase from its collective memory, and how the sentiments behind the nation’s horrific past, which never really died, eventually resurface. When the work is completed, the musical score to The Battle Hymn of the Republic (a hymn written during the Civil War era, that speaks in part to God’s retribution over His enemies for past wrongs) will appear inscribed on the bodies of the haunted cellist the depicted “lynch tree.” The musical score is a cynical poke at the notion of “patriotism” and “heroism,” which are both ideas that the song has come to represent for most of mainstream America, even while for many black and brown people in this nation, the history of the United States and the great atrocities that created this nation read less as “patriotic” and far more as horrific. In this installation, I am interested in the collapse of the often-telegraphed version of patriotic and moralistic American history, and I wish to challenge the notion of “American exceptionalism,” especially around the question of morality and justice. 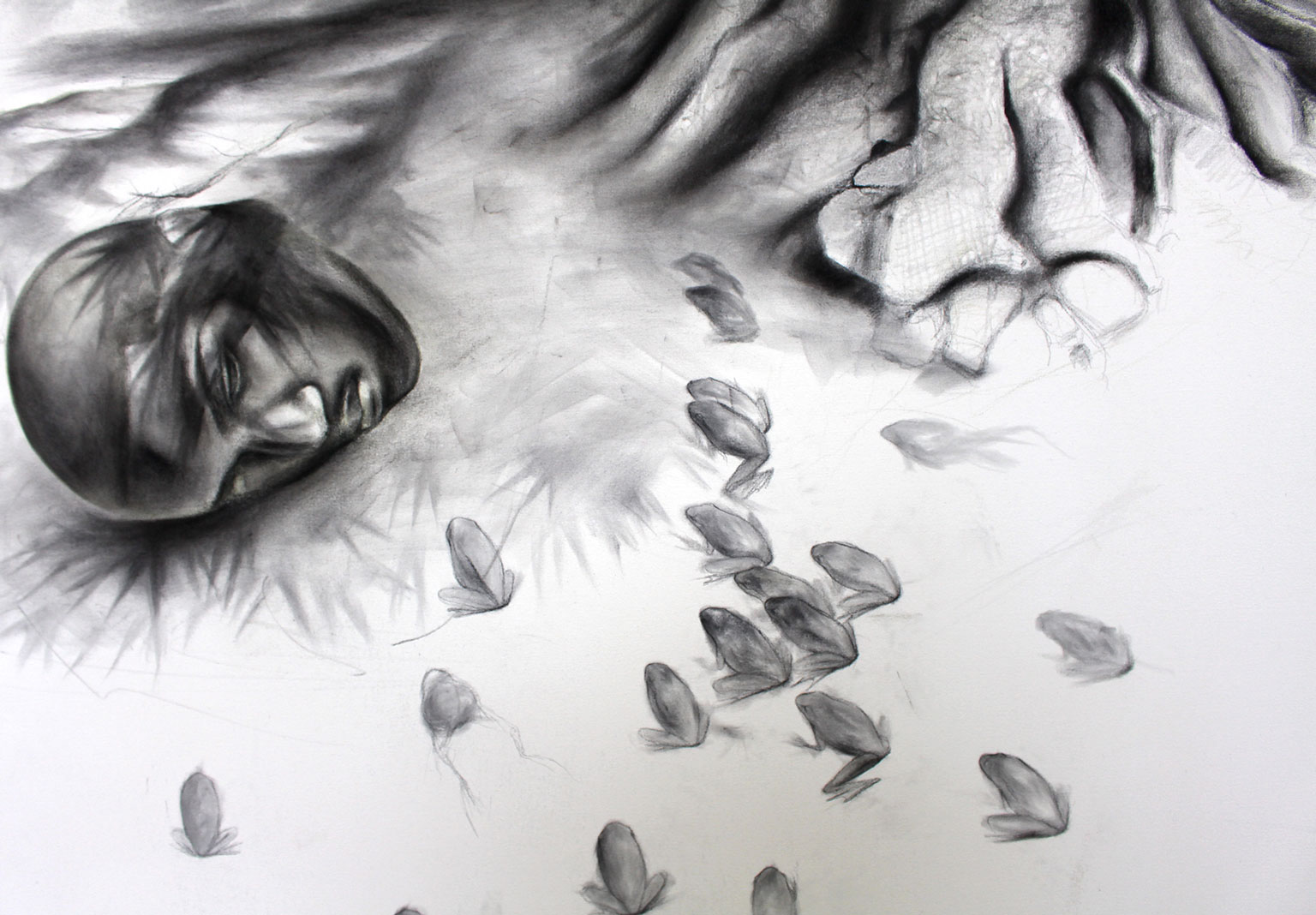 In the final version of Harvest, the ground will be carpeted with a plague of living frogs—they will represent our departure from reality into the space of The Dreamscape. However, there may also be allusions that I will draw between this plague of frogs and the Biblical plague of frogs that God used to arrest the Egyptians who refused to set the Israeli slaves free from captivity. In this installation, I am interested in the use of objects to tell the story of human tragedy and horror. The lynch tree, or even the cello, for example, each carry a presence in the work that is easily competitive with that of a human figure. Here, objects will tell the story. The cello is being played by the effective spirit of James Byrd (his decapitated head resides in the second panel)—Byrd will be playing a funerary song on the cello. Here, the lynch tree stands as a structure of torture, but also as a tortured structure—the lynch tree becomes the unwitting gallows to a host of lost and forgotten black souls. The lynch tree is screaming as it is used to do the unthinkable to human flesh. In Harvest, I attempt to marry the soul of the lynch tree with those of the slaughtered. In many ways, the trees will have a demonstrative presence that, by far, outweighs
any human figures in this work. 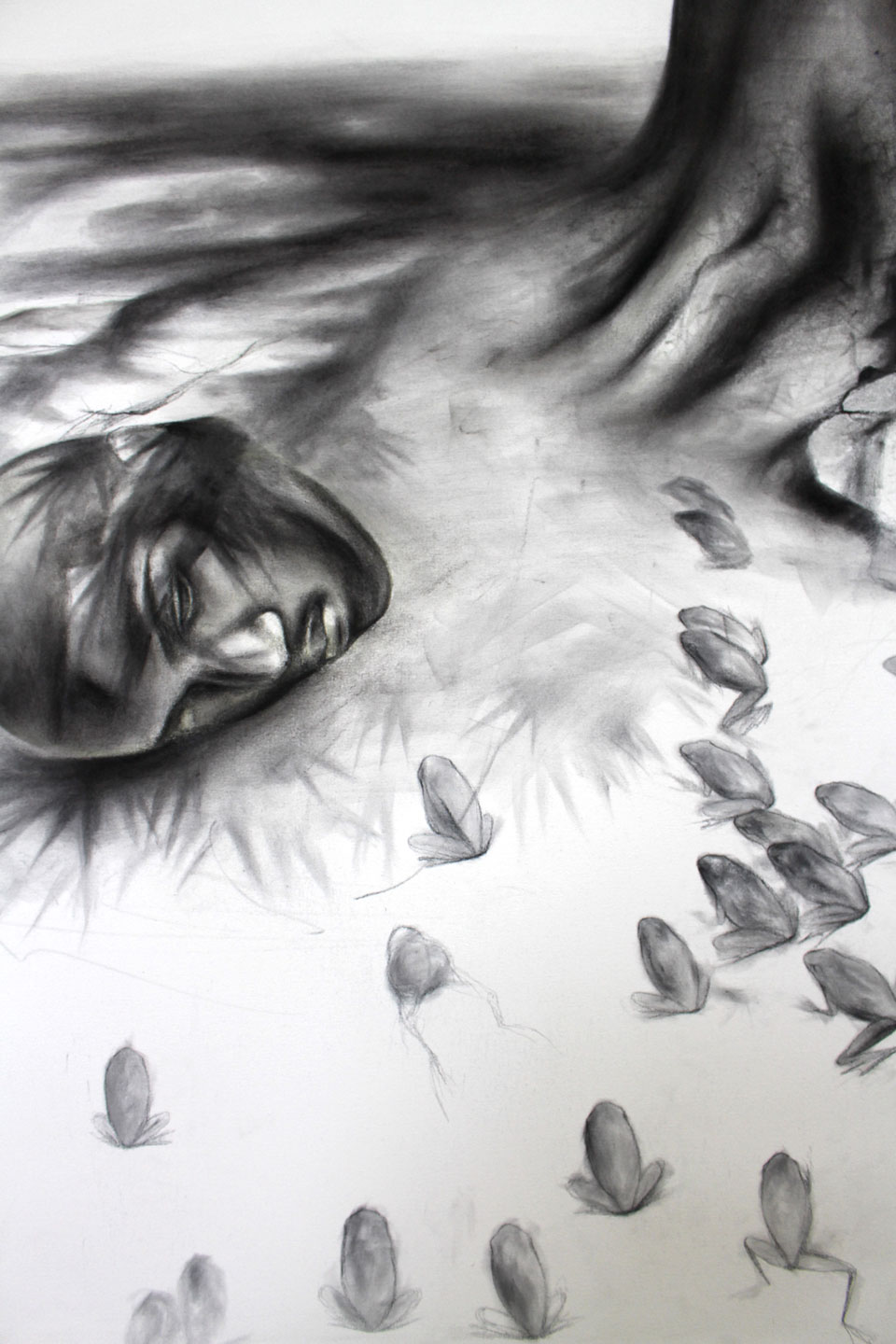 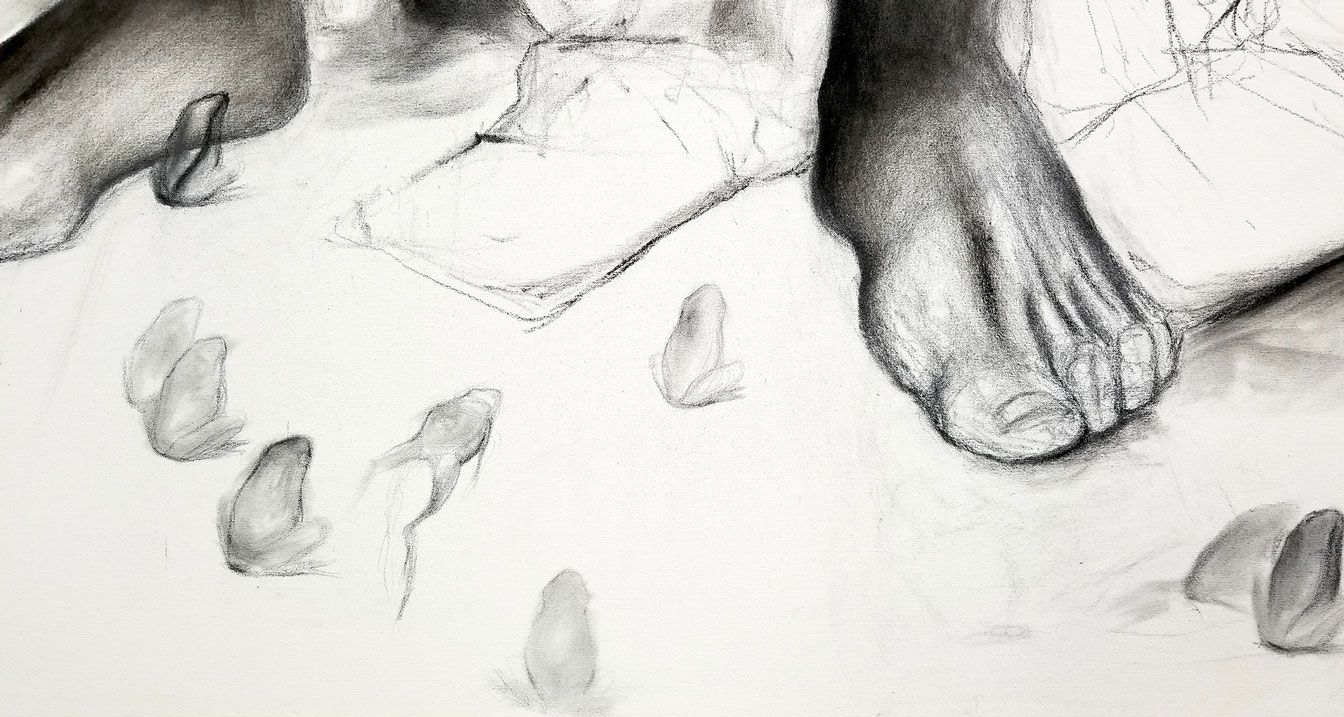 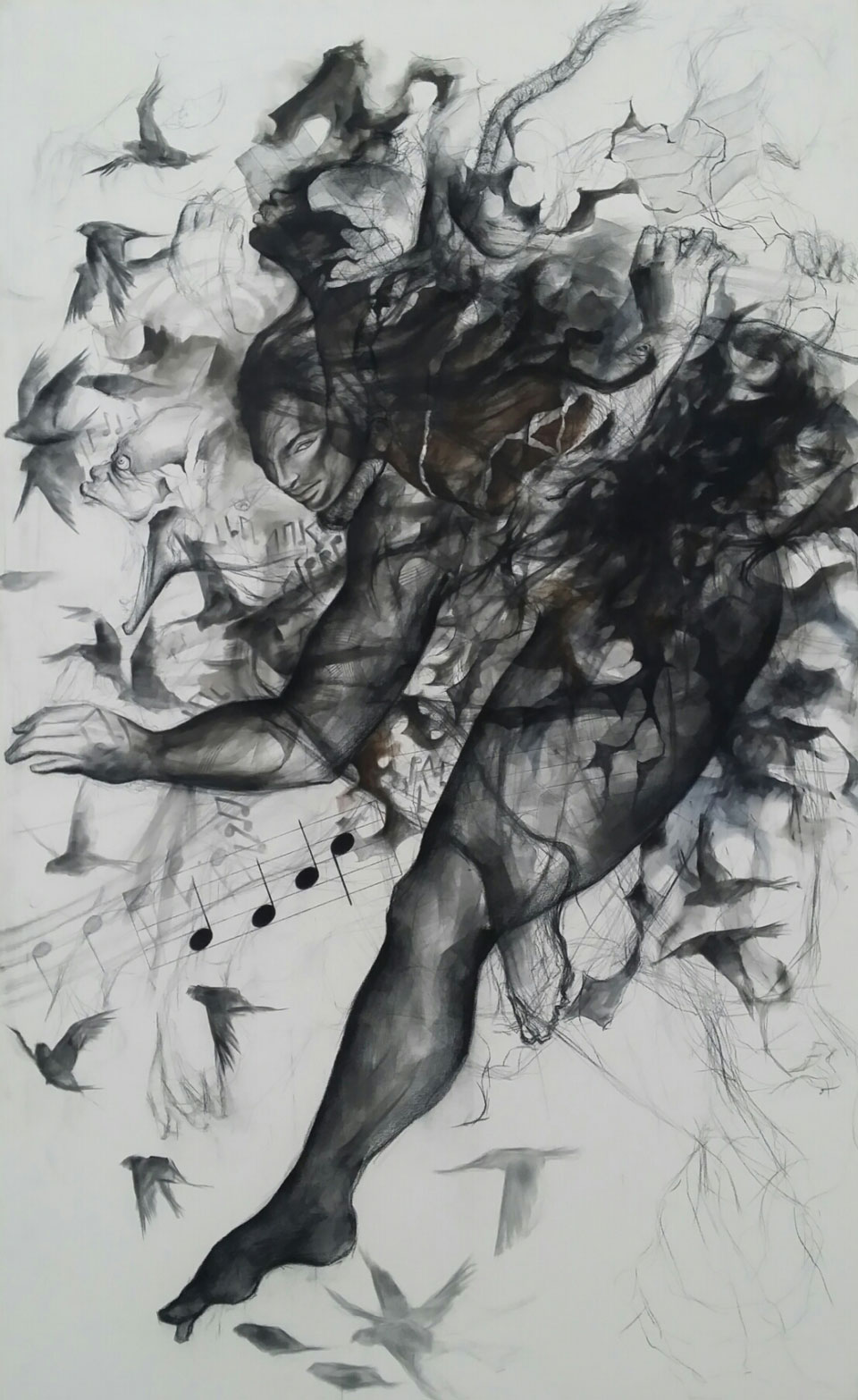 This work is a fusion of African, European, and American histories and philosophies. It discusses the late Laura Nelson, an African-American woman who, along with her teenage son, was brutally murdered by a lynch-mob in the early 1900s. In this work, I resurrect Laura Nelson, who still bears a noose about her neck, as a flying figure with three simultaneous identities, and intentionally create false histories – one possibility is that she escapes death and, as in African-American slave folklore, flies back “Home” to Africa. Laura Nelson is flanked by her two other identities – one is the personification of terror (the screaming figure whose jaw is unhinged) and the other is a fattened bride named “Mfon Abasi” (Ibibio for “in the manner of God”), a personality that connotes Laura Nelson’s innocence, and the promise of her reemergence from the seclusion of the grave. Sparrows that fly across both panels function as intermediaries between Life and Afterlife and signify Laura Nelson’s awkward position as both a living and deceased figure. All of the characters are suspended above an inscribed musical score of a funerary Slave Song titled “I’m Going Home. 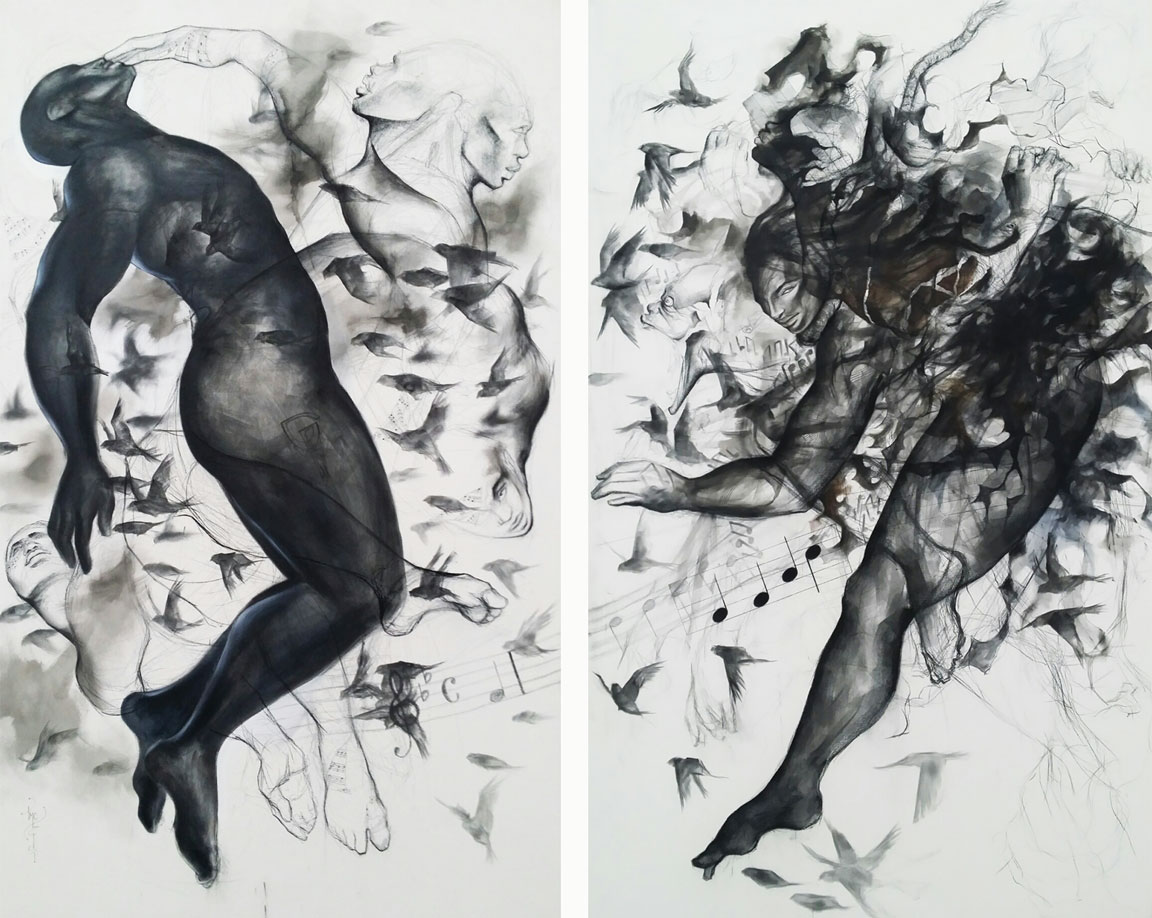 The featured woman is the embodiment of several significant ideas. She represents a “fattened bride” of the mbopo sorority of Ibibioland, Nigeria. The elaborate horned crown with which she is adorned speaks to an ancient masking tradition throughout the southeast regions of Nigeria (especially in Efik territories), where outstanding “maiden masks” with their signature horned coiffure were performed by men belonging to special fraternal orders. 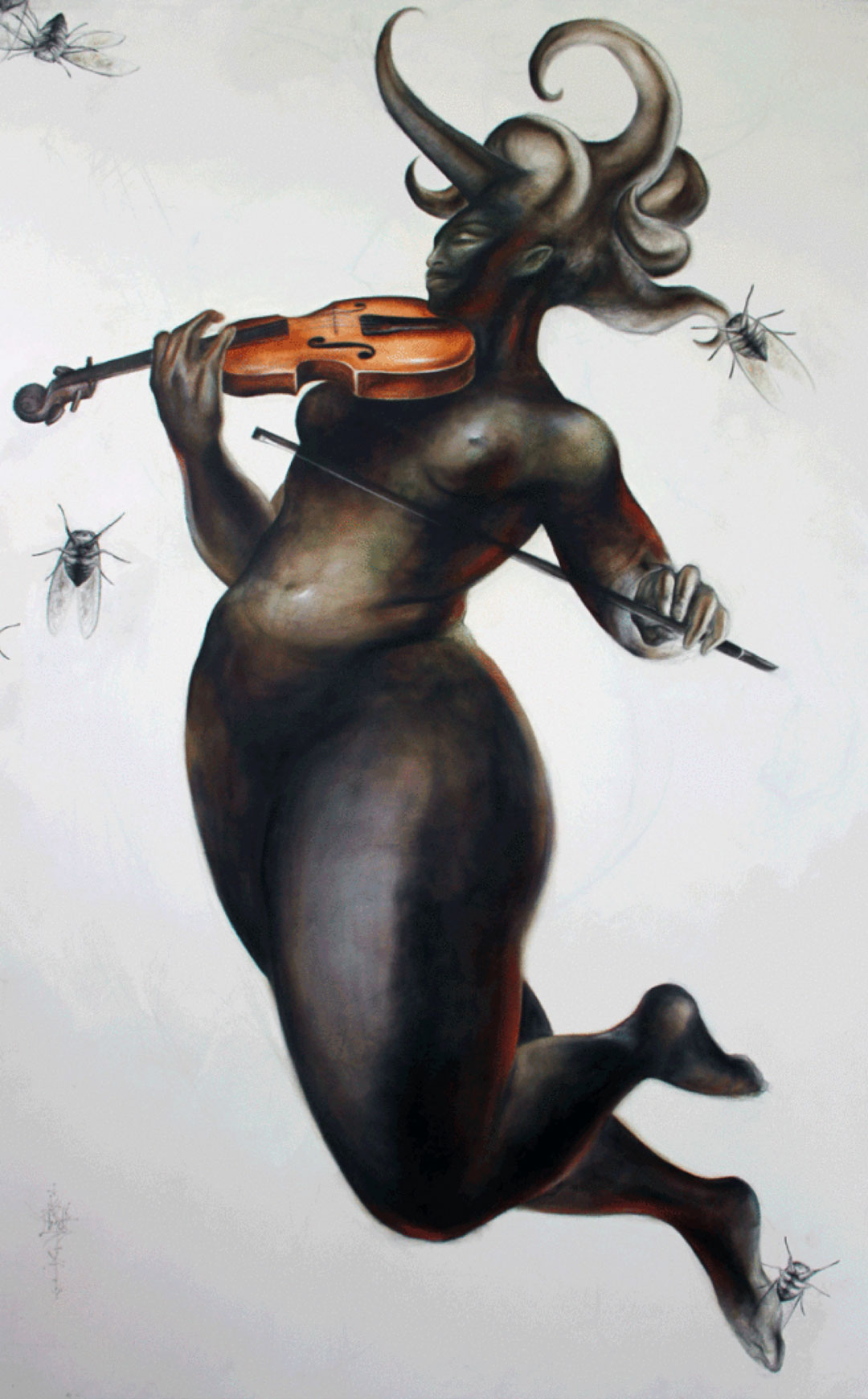 This work is a conversation about ritual seclusion (for weight-gain, beautification, and marriage) and rebirth (the development of a new woman/ person, post-seclusion). But traditional ideas of ritual seclusion are always inextricably tied to many hours of sleep and rest. It is the ritualization of sleep within the context of body/ spiritual transformation that the maiden is transported into the dreamscape. Here, the conversation evolves to consider the dramatic lifecycle of the cicada, an insect that is secluded for seventeen years underground until it reaches full maturation, emerges (usually within the context of a swarm), mates, and dies shortly thereafter. Cicadas are known for their mating rituals, which begin with loud sounds (love songs) that they make to attract each other. In this dreamscape, there is a fusion between the shrill mating calls of the cicadas and the melodic lullabies that are being played by the fattened bride, in her dream-state, in her own seclusion. The violin (an instrument whose sound can mimic the human voice) becomes the new interpretive voice of the secluded maiden. In turn, the singing cicadas are resting on a massive wi dow plane, in-between us (our current reality), and the dreamscape (the space in which the maiden resides).

The figure’s inversion symbolizes his transition into a dreamlike, catatonic state or stasis. In one instance, he is in a peaceful, muted, hypnotic paralysis, simultaneously asleep and awake, neither dead nor alive—in between several different forms of realities and existences. In another instance, he is far from a paused state, and rather, is in constant physical and spiritual motion. The beautiful and terrifying amorphous, anti-temporal space in-between these different realities is characterized by the shoaling fish; their own instinctual, trance-like state and resulting collective behavior in the shoal (many bodies moving as one force, like a flock of birds, or a swarm of insects), within the expanse of the dreamscape, mirror the main subject’s time-space confusion. For us (the viewers) the shoal of fish is also our own point of departure from our present reality into an alternate, spiraling space of hypnosis, deep sleep, and dreaming. 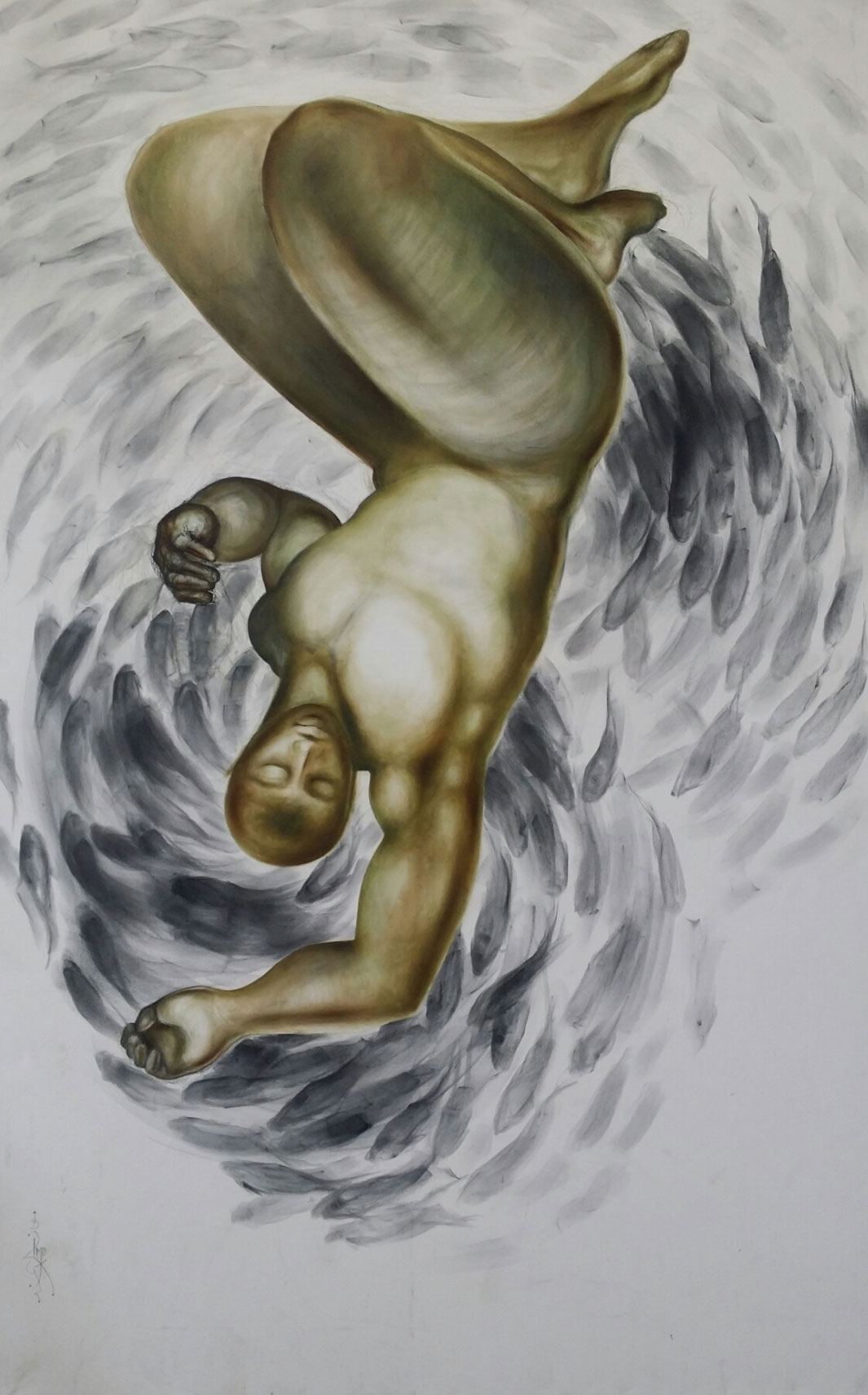 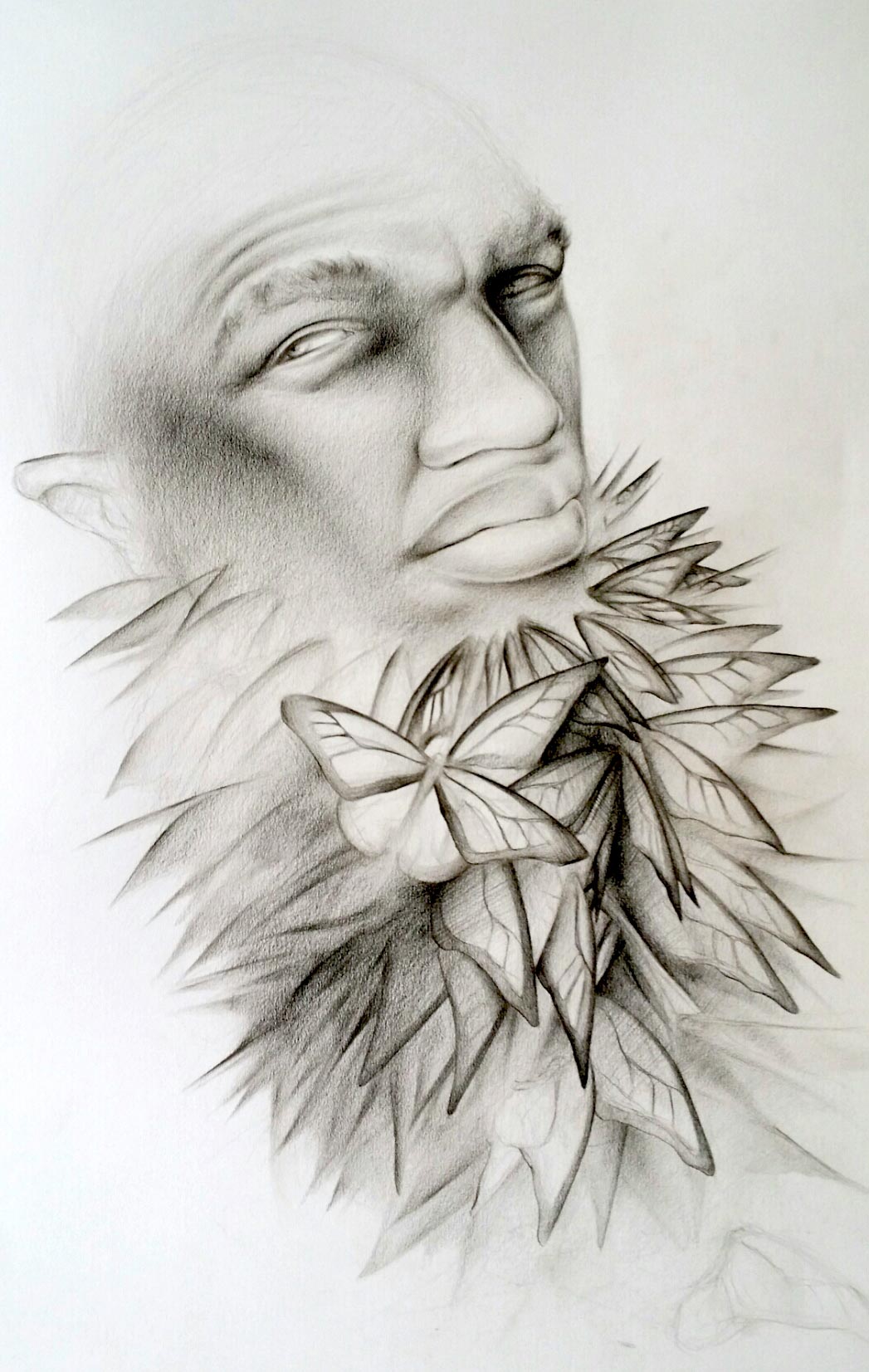 Something Powerful, Something Sweet
Colored pencil on paper, 24 x 18 inches, 2013

Chibok Girls – a series within The Catatonia Anthologies – are works that address the 2014 abduction of 276 Nigerian girls from the village known as Chibok. The series seeks to tell the story of these girls, but also the larger narrative of black girl subjectivity. It also attempts to capture and express in art terms more abstract ideas such as “resilience” and “self-determination,” in an effort to humanize these girls– those who survived, and those who did not beyond the sensational headlines that their abduction inspired. 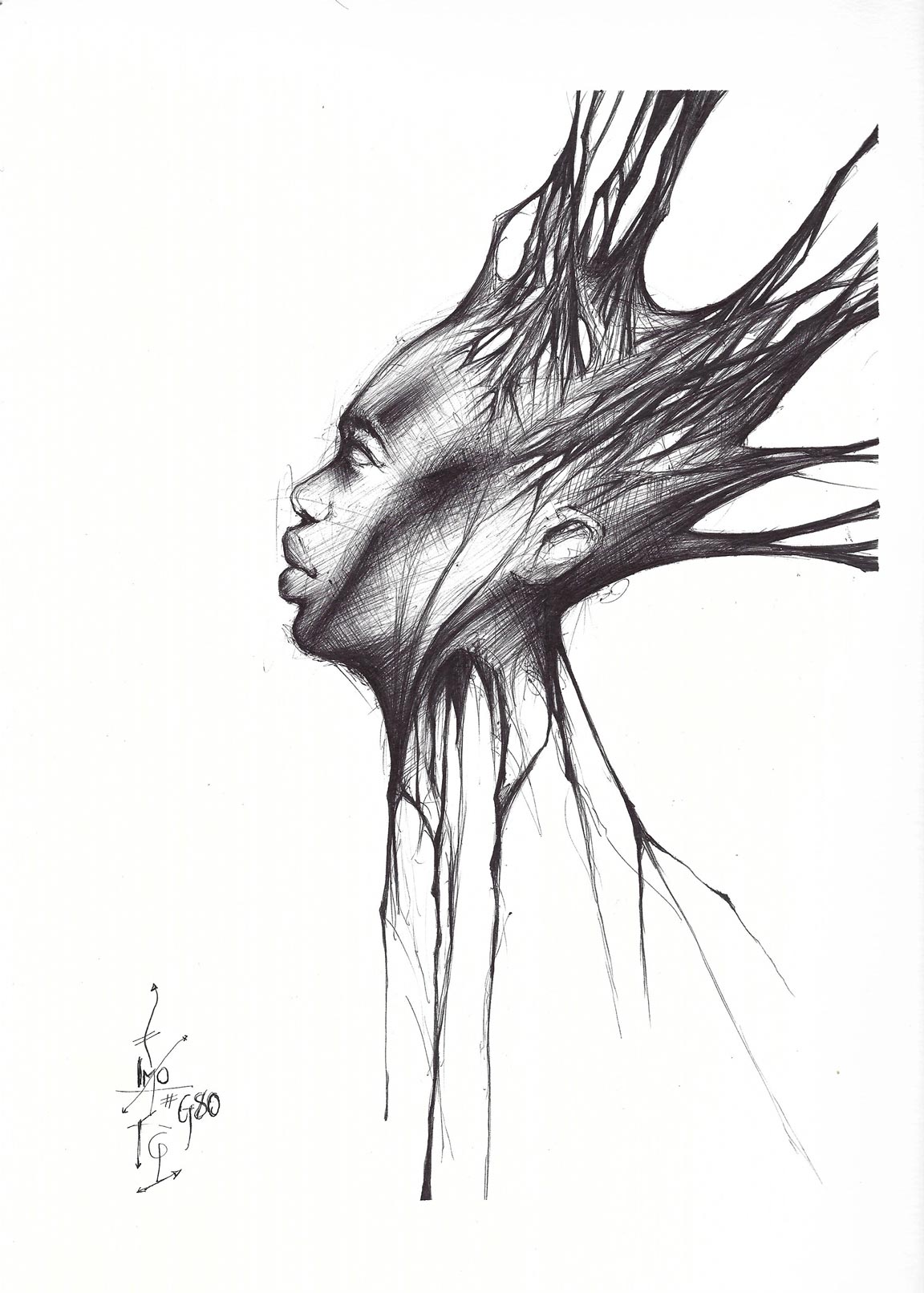 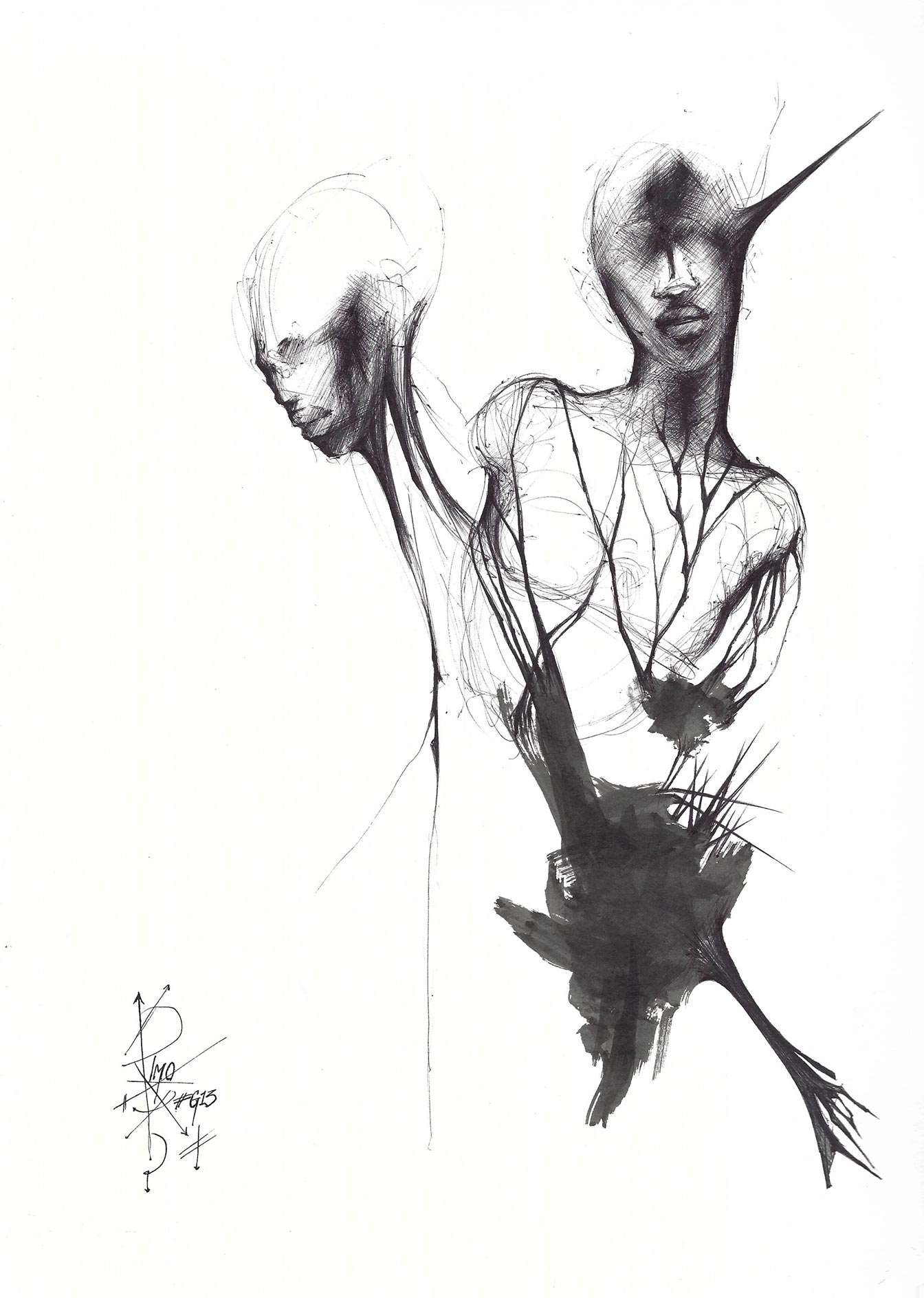 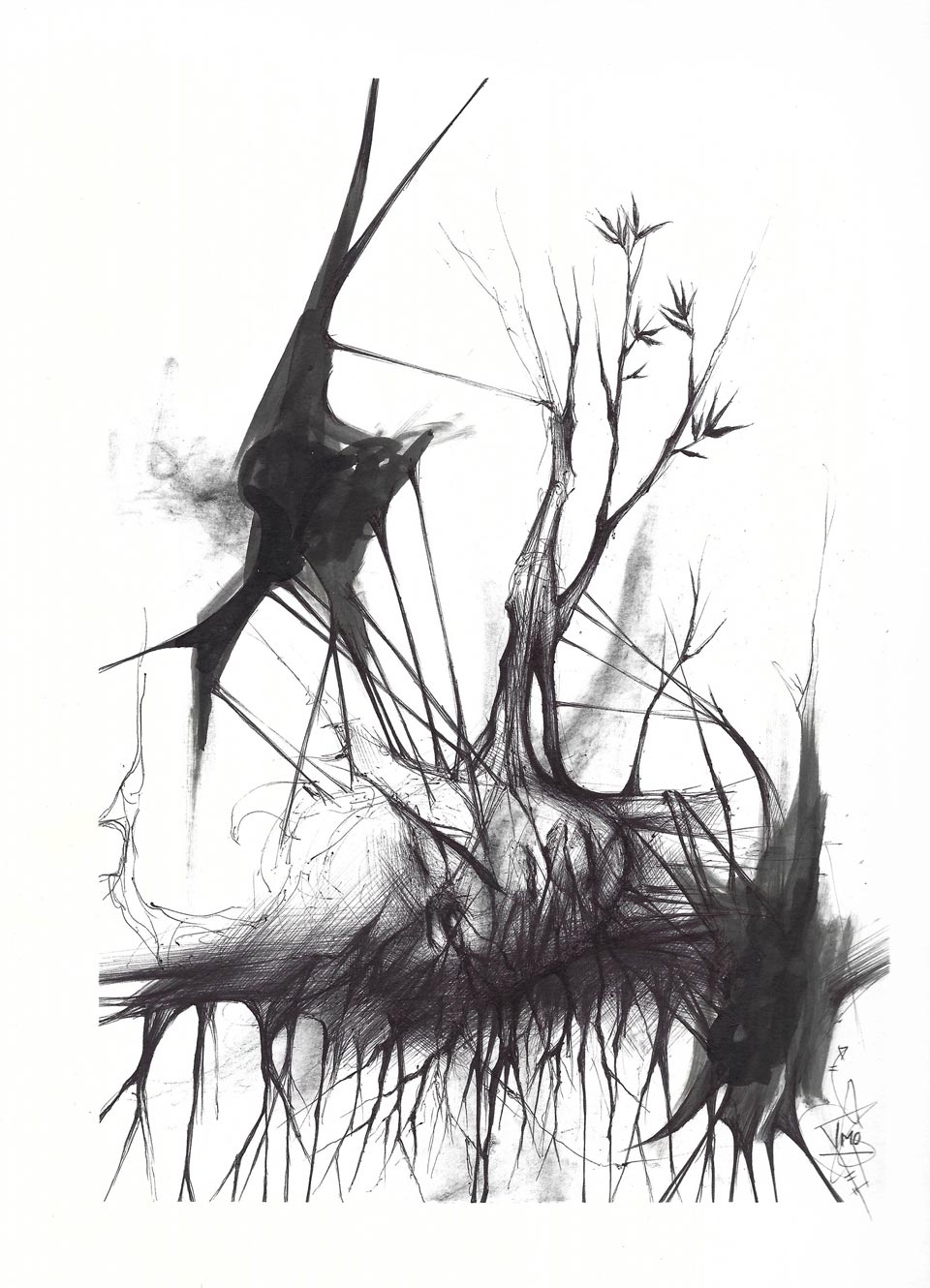 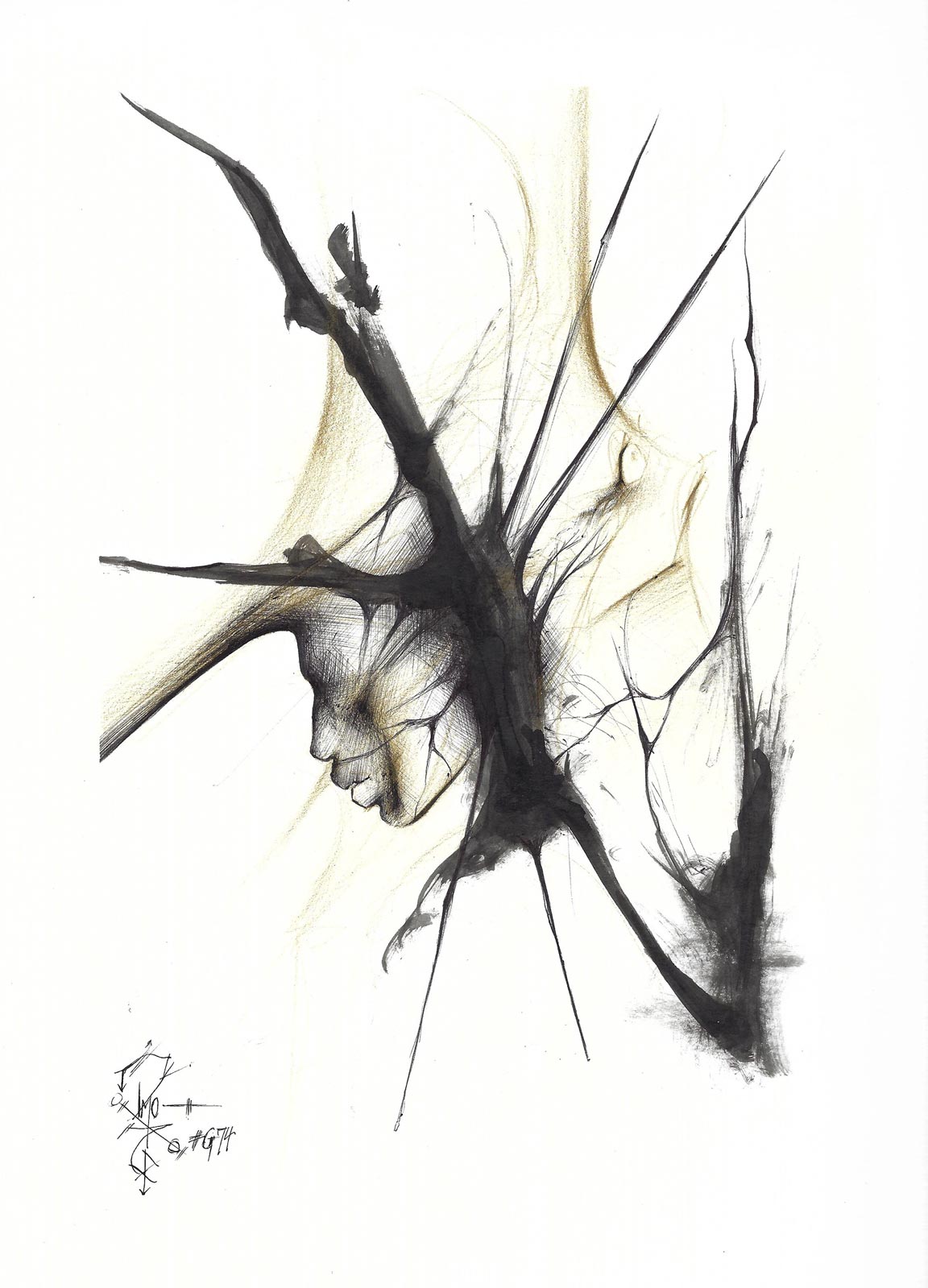 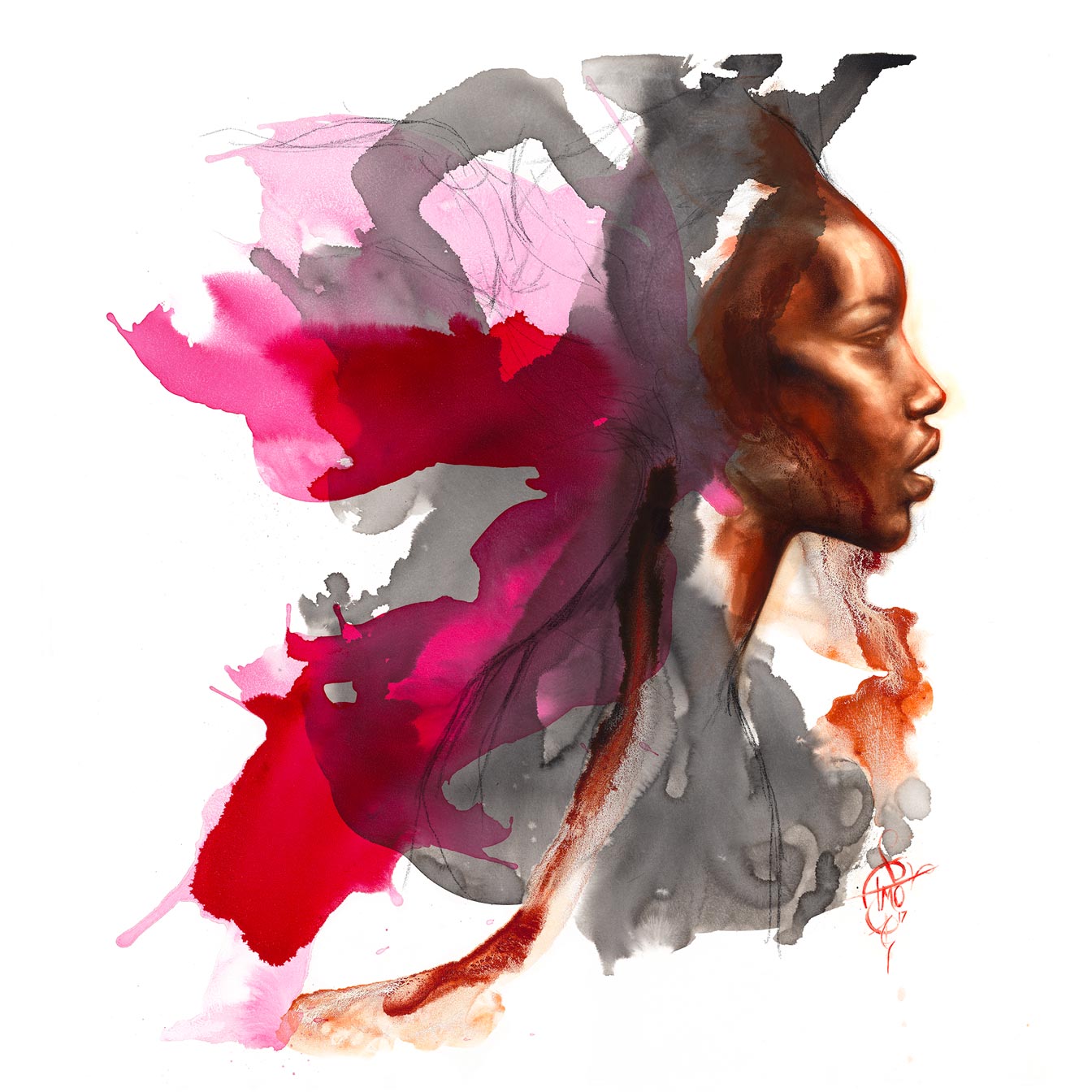 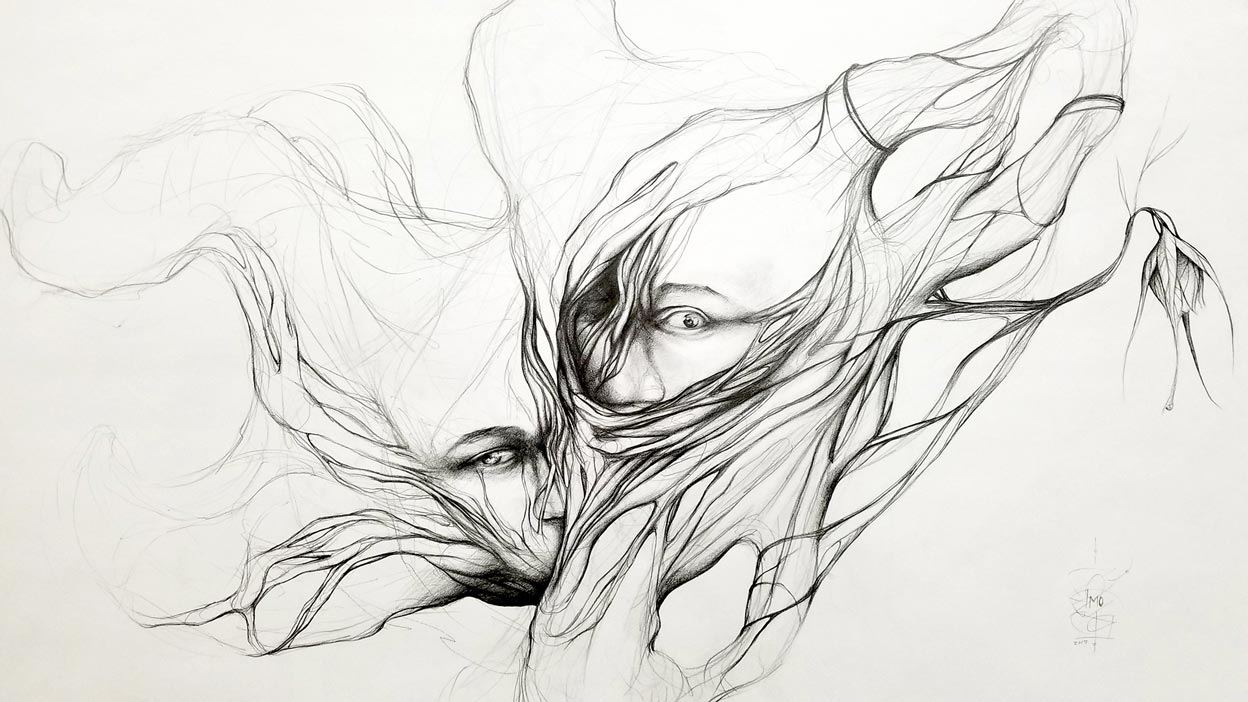 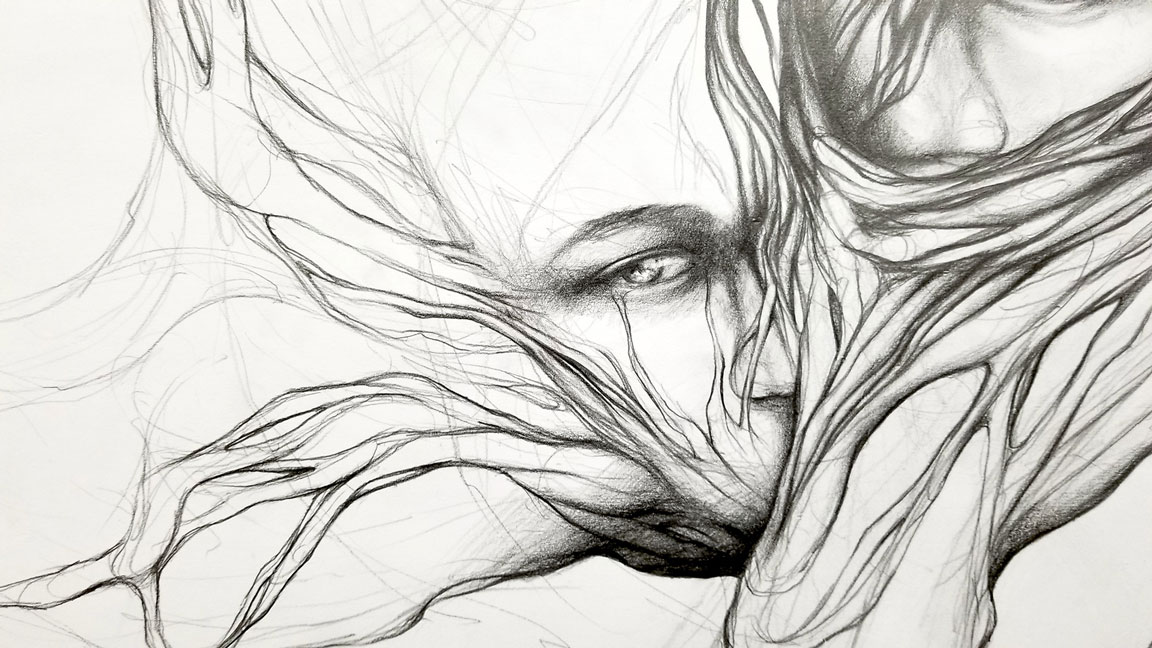 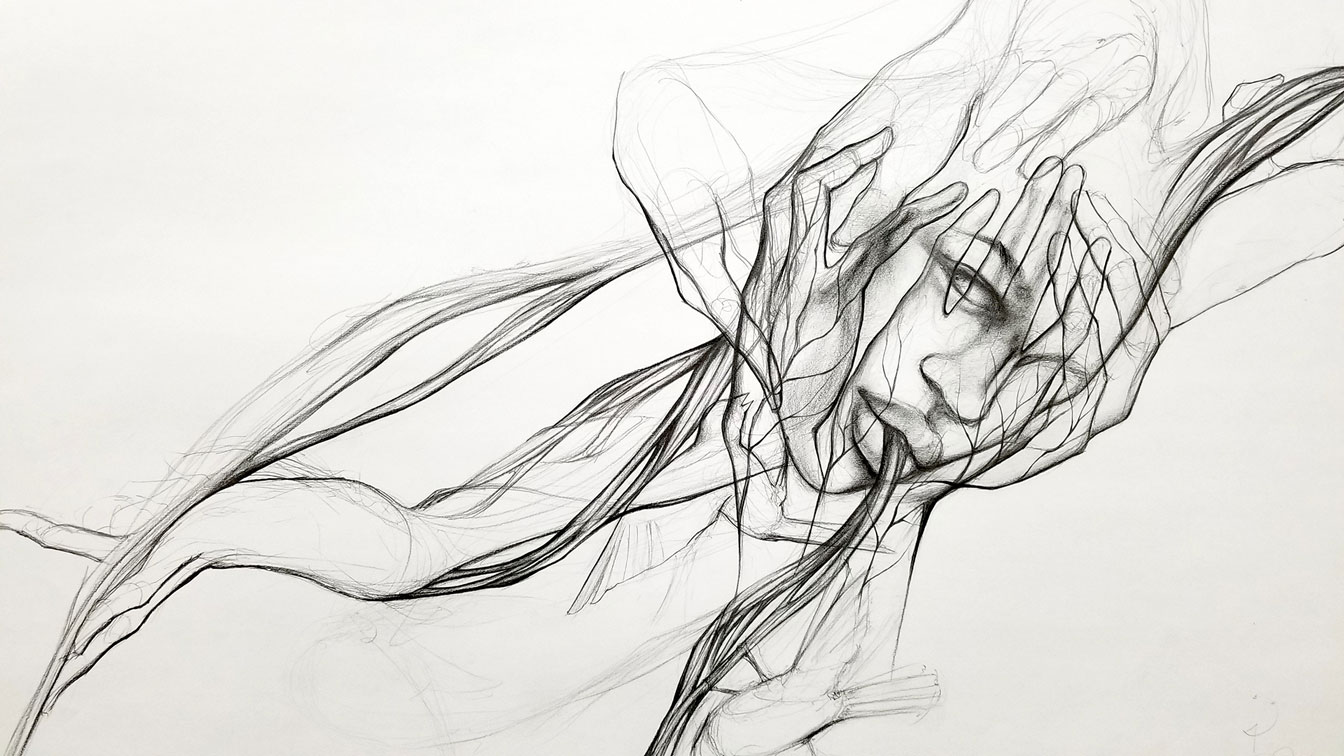 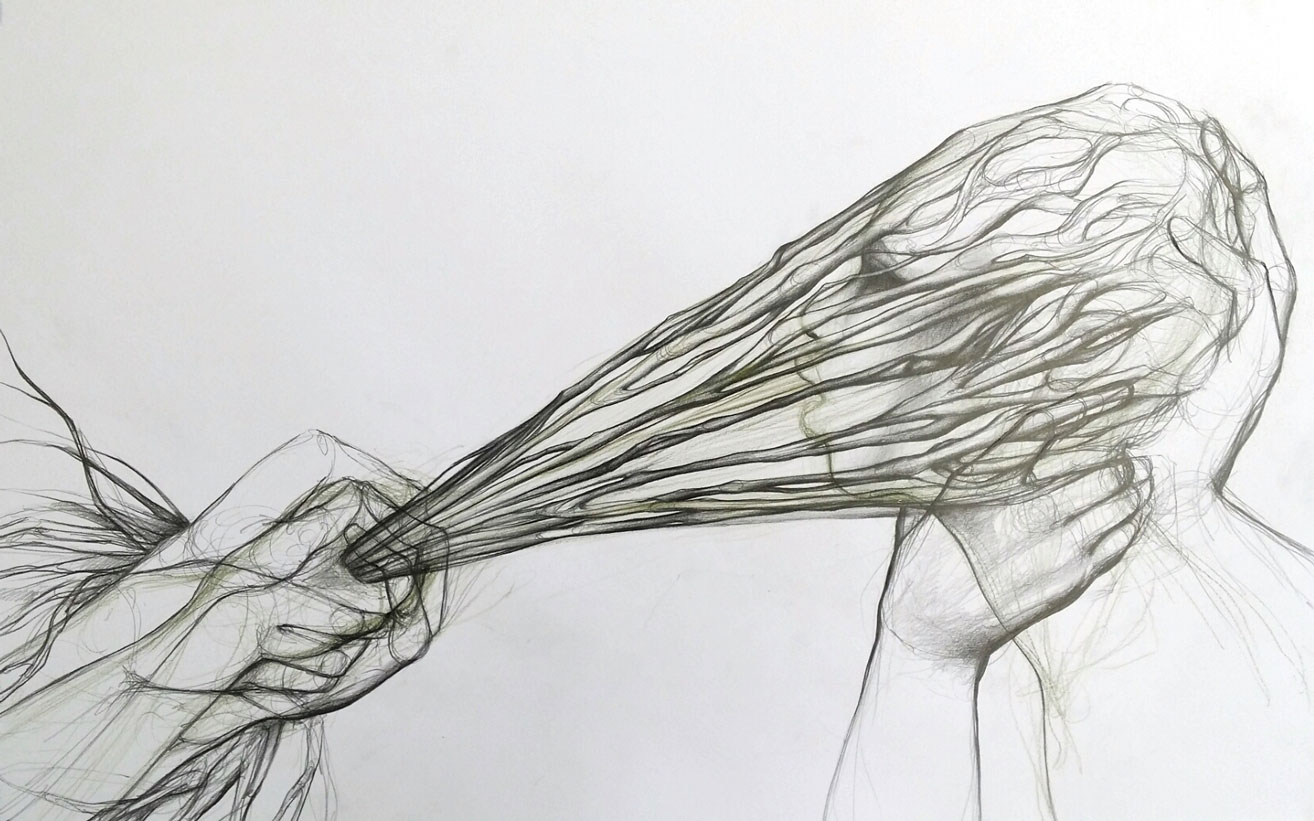