in his name is a developing project that offers an historical dive into the intersections of race, religion, and American identity, from the perspective of a Black Christian man. The project’s impetus is the insurrection on the United States Capitol Building that took place last year, January 6th, 2021. However, this terroristic event serves mainly as a point of departure for Imeh’s considerations of other related moments of violence, hatred, and abuse by White people throughout American history, who have veiled their destructive desires behind their self-made image of “Christ.”

in his name consists of large-scale drawings that discuss symbols, objects, rhetoric, and rituals of fear and oppression that have taken root within White American “faith communities”—many of which were on display at the Capitol on January 6th—and have functioned as a means of concretizing a “Christian” White identity. The project seeks to make clear the historical frameworks around recurring events and atrocities in the United States in which White fury and violence against non-Whites take place under the guise of Christianity and “patriotism,” and under the auspices of the American Evangelical Church. 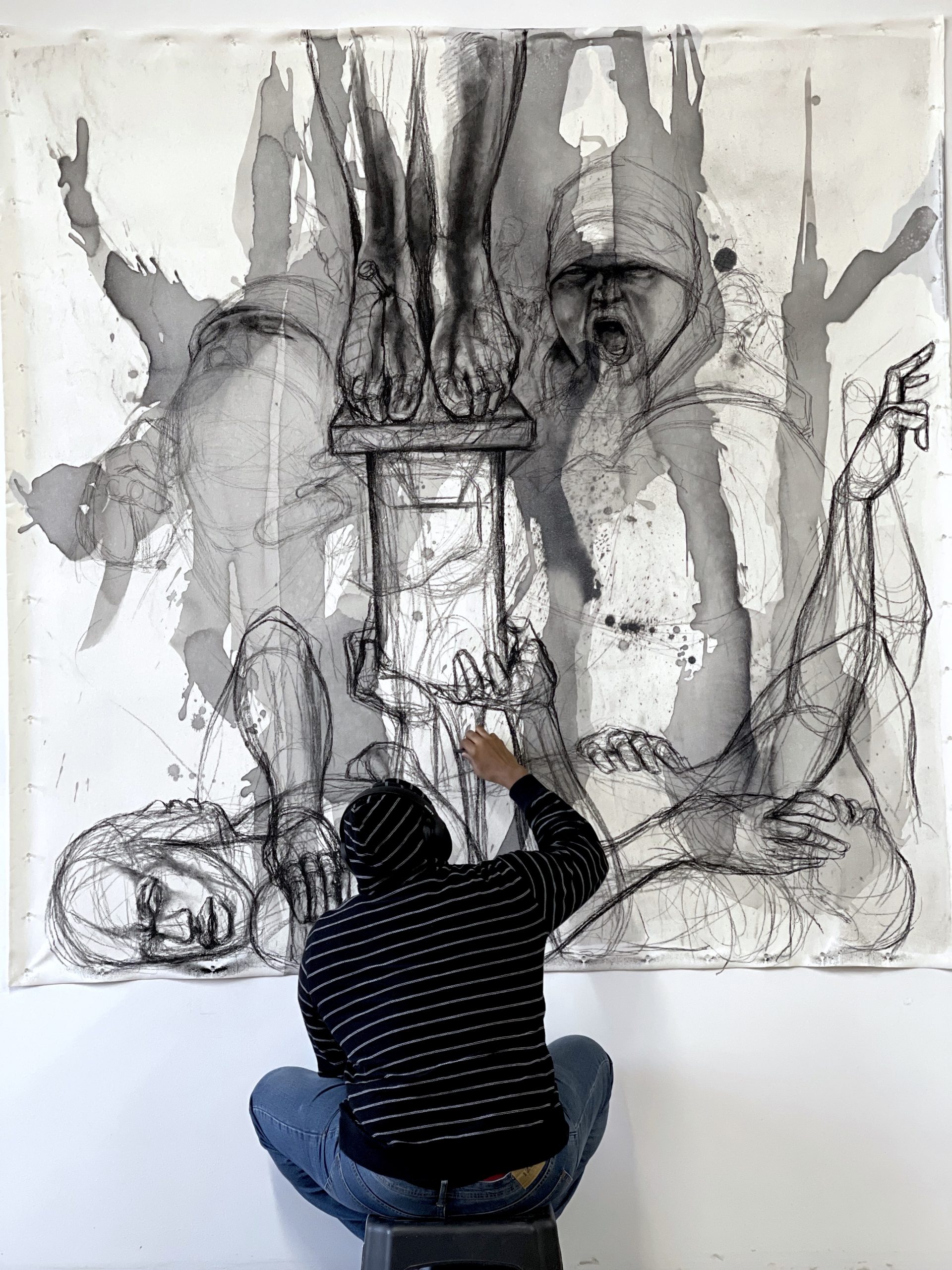 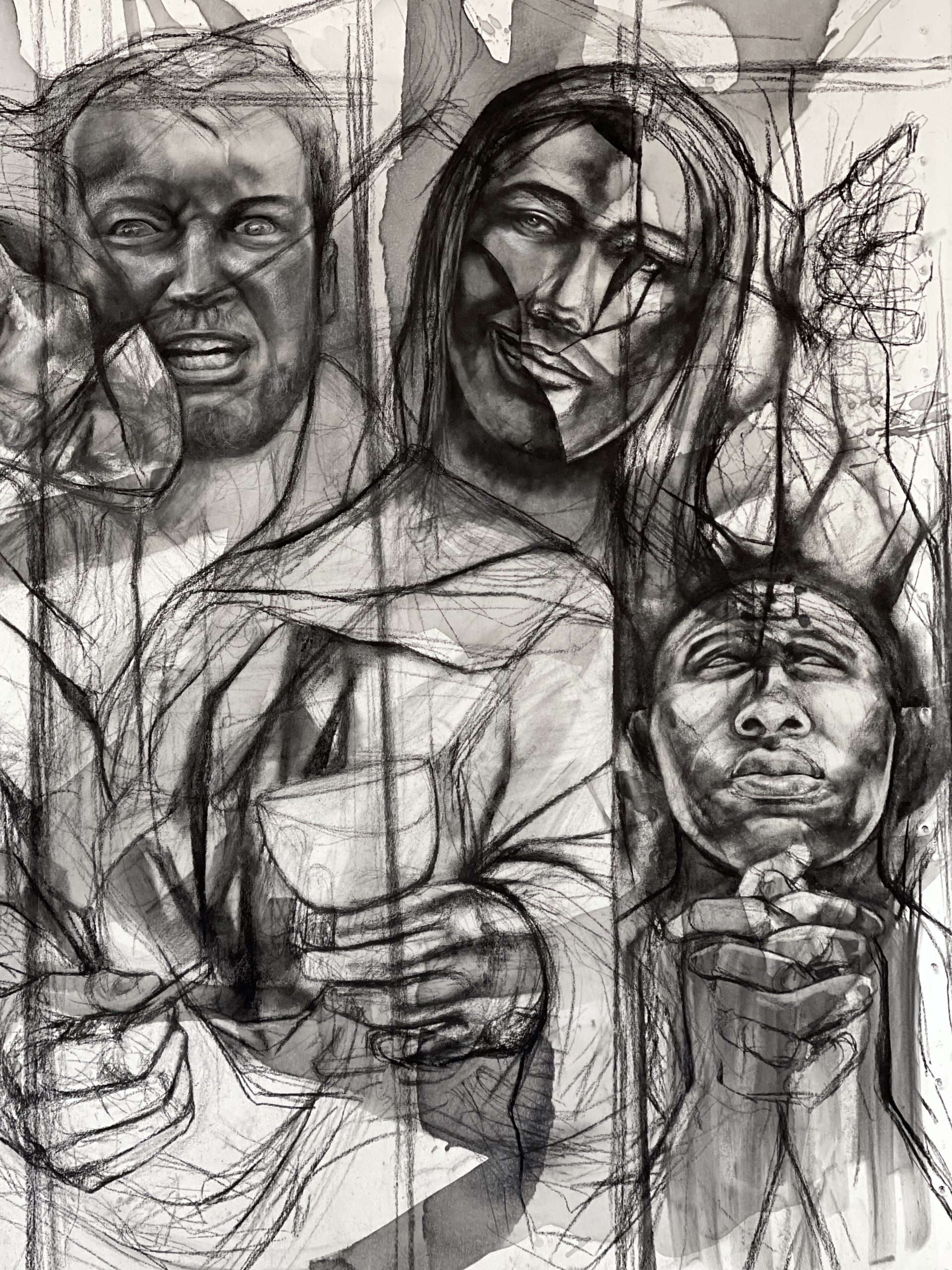 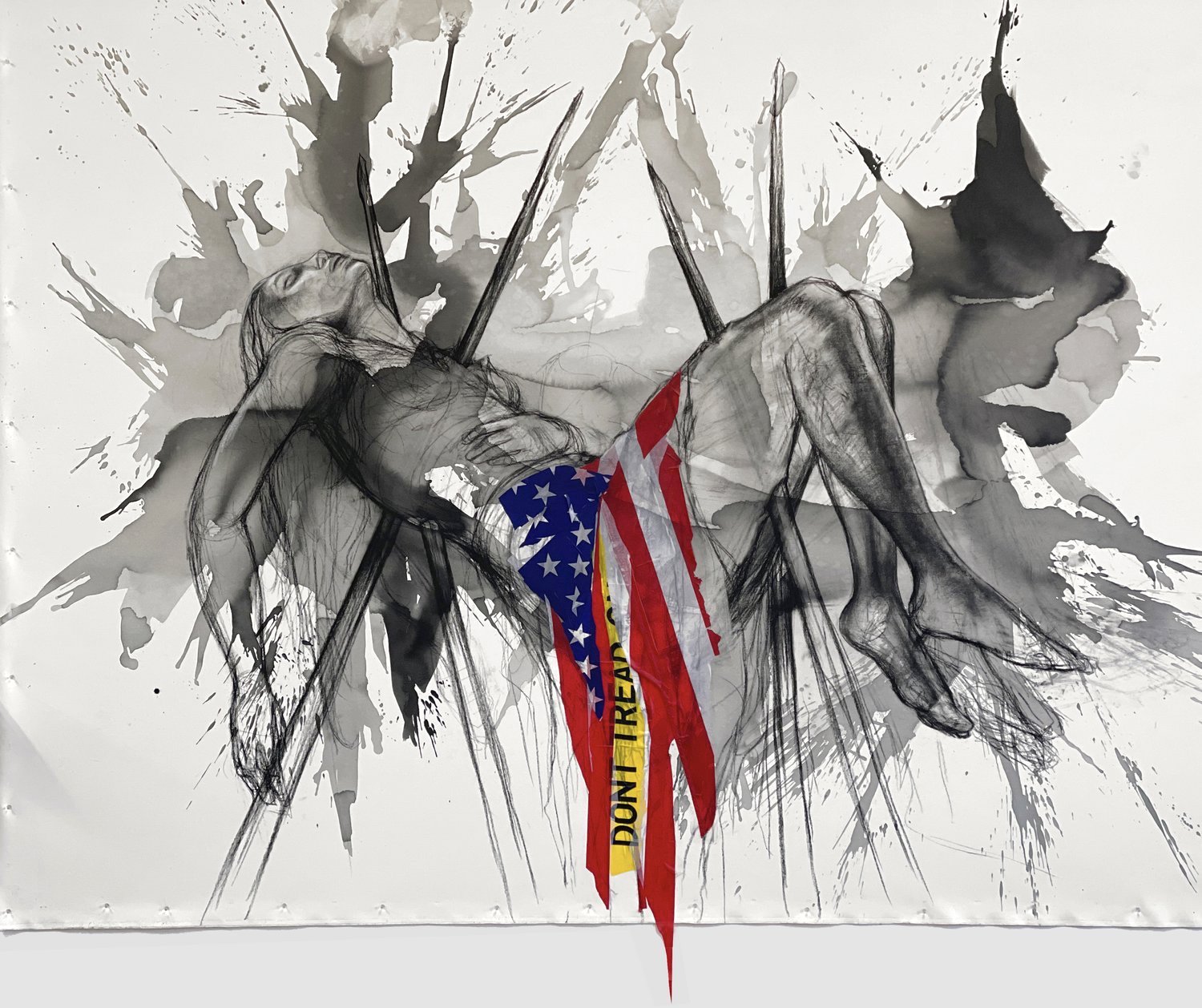 I found myself bewildered when a mob of White people—many from faith communities—descended on the Capitol Building after a year of shutdown, death, and political turmoil to overthrow our government. They gathered at the Capitol—a building constructed with slave labor, whose ground is permeated with sweat, tears, and blood of Black people—bearing historical symbols that were meant to accost and horrify. As a Black Christian man, I can never un-see the images of those large heralded crosses and “Jesus Saves” signs, elevated next to swinging nooses on public execution platforms, embellished with a manifold spectacle of wind-whipped flags, many signaling white American rage, grievance, and cultural aggression. They came with crosses and gallows. They did this on Black hallowed ground.

Notes from “The Hope of Radiance,” an essay by Dr. Imo Nse Imeh 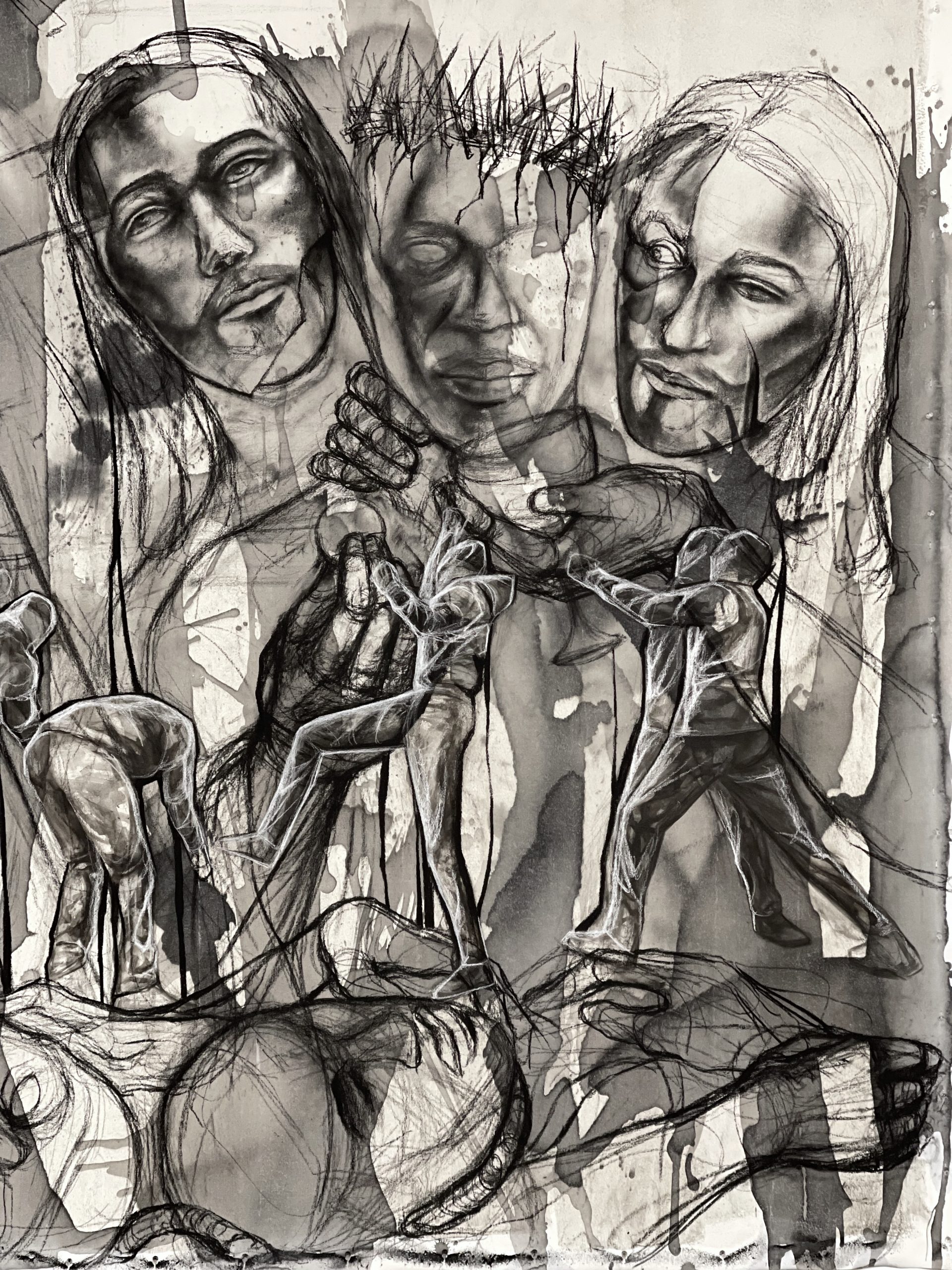 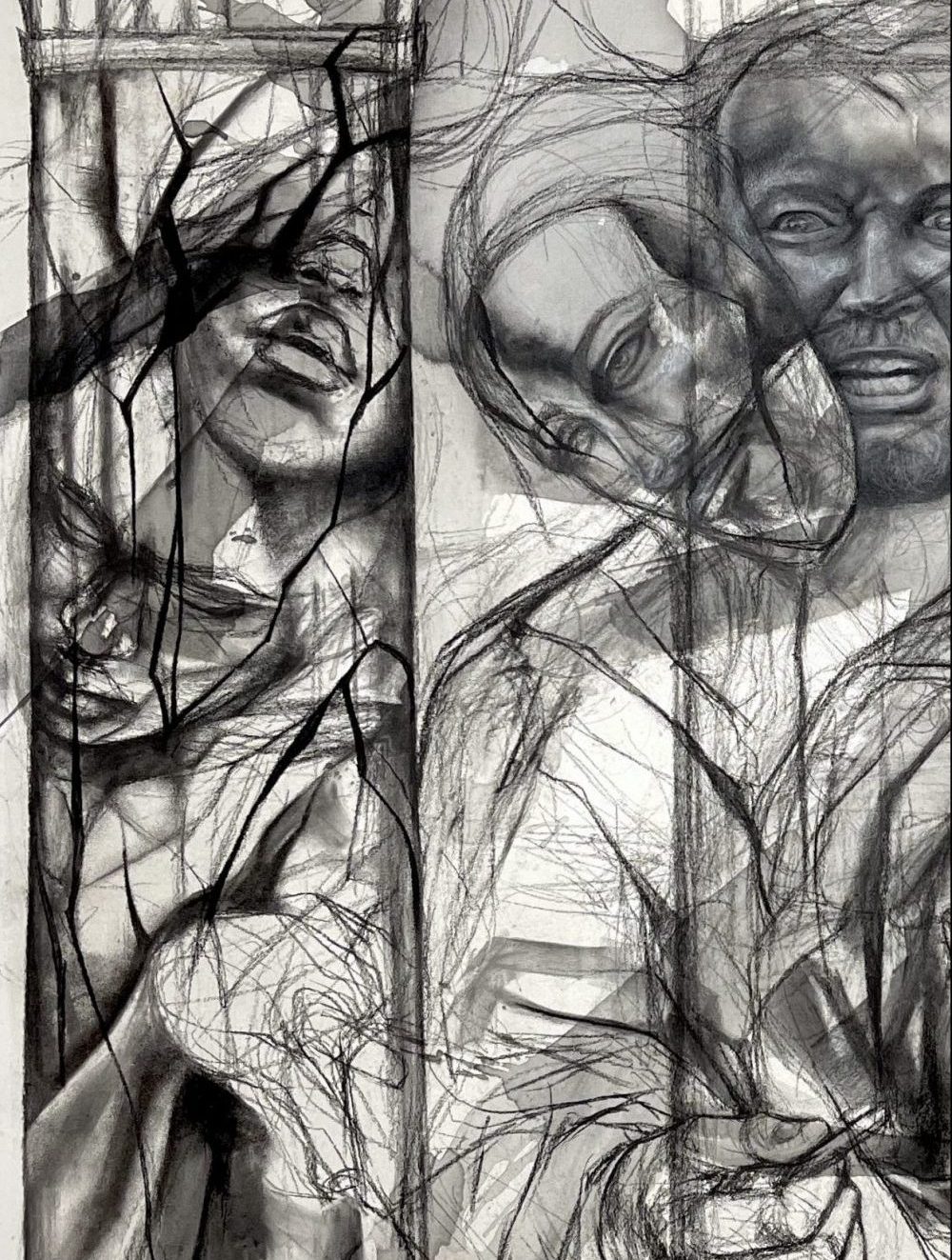 Video Exclusive | Inspired by Michelangelo’s iconic sculpture Pietà, Imeh’s drawing and i’ll be there with you explores the complexities surrounding the death of Ashli Babbitt at the U.S. Capitol on January 6th.

Pulp Gallery Installation | and i’ll be there with you

and i’ll be there with you is a works-in-progress exhibition that features an excerpt of Dr. Imo Nse Imeh’s studio project in his name, in conversation with other selected works from his collection of art. 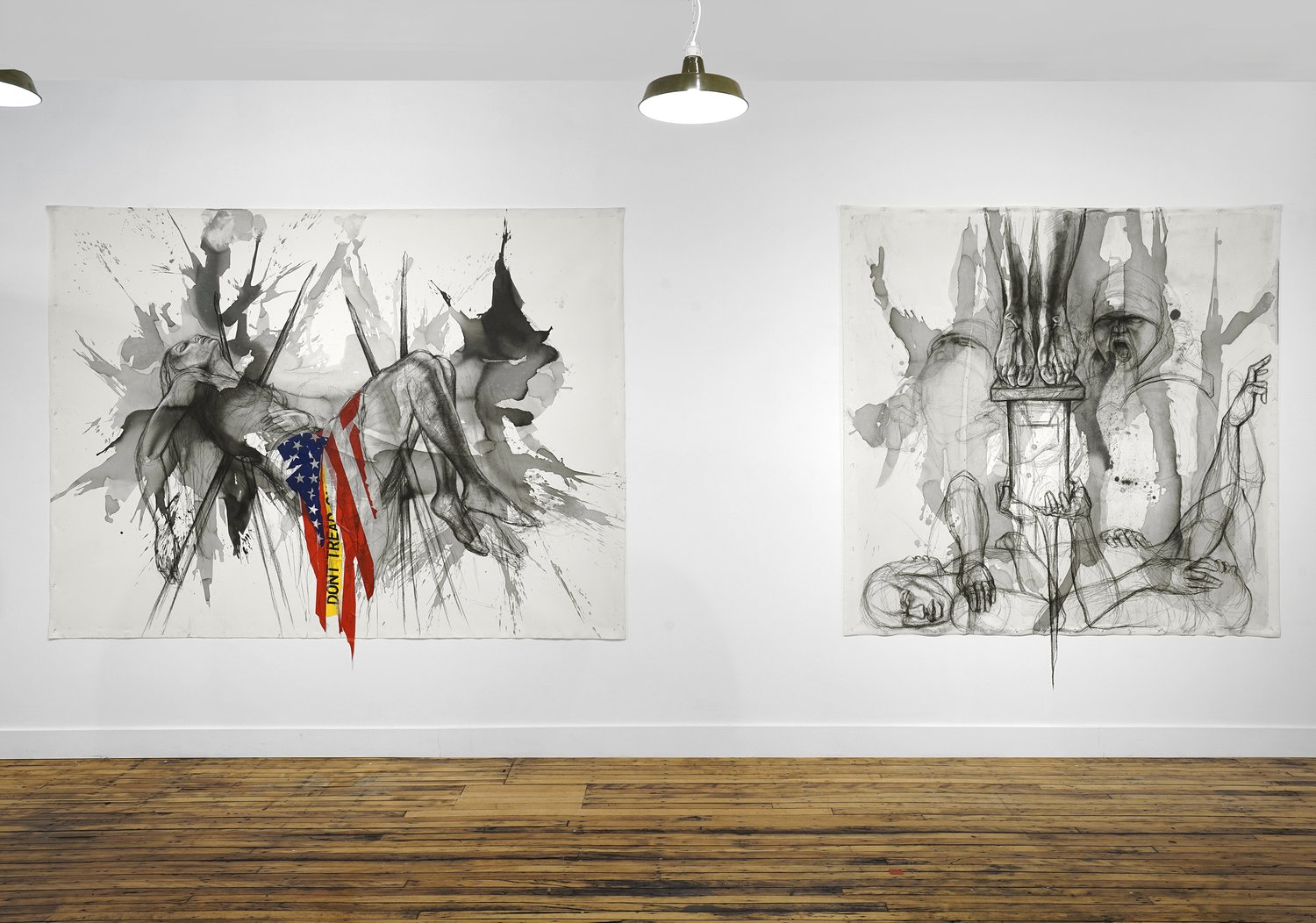